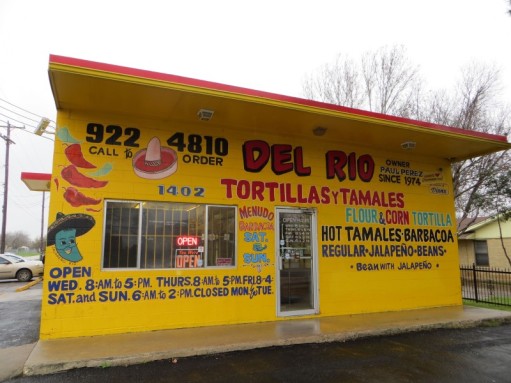 When Chef Jorge Rojo learned that Food And Wine Magazine had named homemade tortillas a trend to watch in 2015, he scoffed.

“Tortilla? A Trend? Really? Well in Mexico the Trend has been for hundred for years, and it hasn’t been a trend,” Rojo says.

Aztec women were already making tortillas in 1515 – before Cortez even arrived.

Turns out – in 2015 — store-bought tortillas are more popular than ever. The Tortilla Industry Council reported 12 billion dollars in sales in 2012. And the flour versions edged out corn by about 120 million.

Alma Ramirez understands why tortillas are so popular in stores. I caught her on her shift at the Del Rio Tortilla factory in south San Antonio. She says that even though she spends all day making tortillas, when she cooks at home, she uses store-bought.

“You get home late from work and you’re tired, you go get your kids and you stop by the store to get your tortillitas,” Ramirez says.

You see-even though they look simple, tortillas are really hard to make.

Chef Jorge Rojo’s restaurant is attached to the Sanitary Tortilla Company in San Antonio. The corn grinding and the masa-making start way before sundown every day. By noon most days, they’re all sold out.

“It’s a long process that you have to make every day, so we grind our own mixtamal, which is the cooked corn,” Rojo says, “so they make them in several ways, we make corn chips, tostadas, taco shells, tortillas, all you can do with corn.”

But Rojo says there’s a big difference between the hand made tortilla versus the machine made version at the supermarket.

“When you do those by hand it’s considerably different, it’s more fluffy, they cook at the same time, it’s more convenient to reheat them, because they’re more soft, and it has a longer shelf life,” Rojo says.

So maybe it’s not that homemade tortillas are a “trend,” it’s that the American consumer is becoming more discerning.

Natalie Boites says if a restaurant “didn’t have homemade flour of corn tortillas I wouldn’t go back.”

Alma Ramirez agrees. She says store-bought tortillas are fine when you’re making yourself a late-night quesadilla. But if you’re going to buy your meal, even if it’s from a side-of-the-road taco cart, you want those tortillas to be fresh.

A  note here to Food and Wine editors:  calling something a trend, implies it’s a fad. Here today, gone tomorrow.  In Texas,  tortillas aren’t a trend, they’re a tradition.