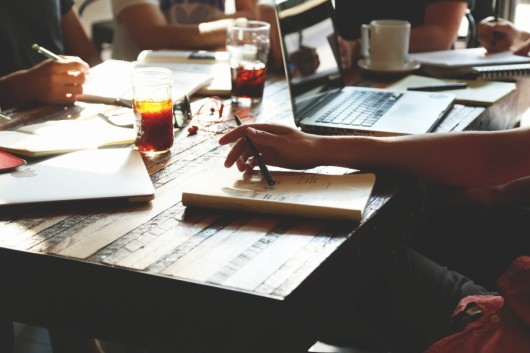 The Bentley College study showed 67 percent of millennials want to start their own business.

Fred Truffle, the director of Bentley’s entrepreneurial studies program, says part of that is having lived through the Great Recession.

“They’ve seen their parents get fired or laid off during the downturn, that affected many of their lives, they don’t want to be part of that, Truffle says.

“If I’m going to take a risk, why not start my own company?” Truffle says, “It’s a better alternative.”

Josh Bauer describes himself as a millennial who helps other millennials quit their jobs.

Bauer’s with Capital Factory – an Austin incubator for start-ups. He says starting a company is cheaper than it’s ever been, especially when it comes to a tech company.

“Number one factor to start is that the cost has dropped, democratized it, opened it up to a lot more people,” Bauer says.

Bauer says that makes it seem like it’s possible to be the next Steve Jobs or Mark Zuckerburg. Twenty-nine year-old Melanie Weinberger certainly sees herself that way.

“I always knew that I wanted to be an entrepreneur,” Weinberger says.

Her startup is a consulting company called Fitsteady. She chose to headquarter in Texas for a reason.

“I moved to Austin sight unseen because of its low cost of living, that’s important when you’re an entrepreneur and high quality of life, I don’t know how often those two are correlated,” Weinberger says.

But 90 percent of startups never make it past the seed stage, even though Texas has one of the highest millennial population growth rates in the country and a business friendly climate, entrepreneurs in Texas face unique challenges. Cam Hauser directs 3-Day Startup, an entrepreneurial workshop for college students.

“Silicon valley, the investors in that community are much more likely to invest in a really cool idea that shows no promise of making money,” Hauser says.

“The investors here in the Texas community are a very business-model driven, they’re interested in business models that are proven to make money.”

In Texas, 13.5 percent of the millennial generation is unemployed or underemployed. A report by the Business and Professional Women’s Foundation projects that millennials will make up 75 percent of the American workforce by 2025.

As state legislators consider how to keep the Texas job machine turning, Bauer says there’s one thing they can do attract young entrepreneurs from out-of-state.

“There’s not a lot that they can do,” says Bauer. “They need to stay out of the way, they need to not do things that make it an unattractive place.”

Bauer says he believes Texas should keep taxes low and do something about increasing housing prices in Houston and Austin – all things to keep Texas an affordable place to start a business.