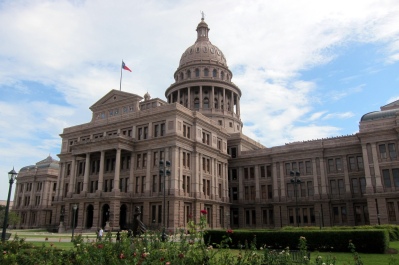 The entertainment industry was shocked when state legislators slashed $63 million from the Texas Moving Image Industry Incentive Program from the state’s budget. It’s a program that was created in 2008 to attract businesses by giving companies grants for hiring Texas workers to develop film, TV, commercial or video game projects in the state. Now, the film and video game industries are trying to figure out what went wrong – and they’re pointing fingers.

It’s a cautionary tale of what happens when two sides just can’t agree. At least that’s how Bill Hammond sees it. He leads the Texas Association of Business.

“I think it’s a cautionary tale when one side refused to negotiate in good faith,” Hammond says.

Since 2008, the Texas Moving Image Industry Incentive Program has given entertainment companies about $150 million in grants if they hire Texas workers. But in the last couple of years, there’s been a problem brewing: the film industry didn’t want to be grouped in with video games in the state budget. They argued the two industries are just so different.

Barbara Morgan is the executive director of the Austin Film Festival.

“I think there are also very different, I mean, places that are creating those games, it’s not as overt as when someone is here shooting in the middle of the street,” Morgan says. “But with gaming it’s different – those are usually done inside office buildings and created in a small environment.”

But separating the incentive program would have meant that the video game industry would have had to fight for money on its own. Jennifer Bullard directs a yearly video game conference in Austin.

“I thought it was a pointless exercise, one of those situations where we should try to get the pie and then figure out how to divide it up, rather than try to divide nothing,” Bullard says.

In politics, we’re used to hearing about the eleventh-hour backroom deal. Not here. Neither side could agree – and Bill Hammond says their very public disagreement made them lose support in the legislature.

“At that point there was a lack of support in the legislature and that combined with some criticisms with incentives across the board form the so-called tea party legislators, the support tragically evaporated,” he says.

The two-year budget deal reached by legislative negotiators includes $32 million for the incentive program. That’s about a third of the program’s current funding and less than half of what the governor asked for.

One thing both sides can agree on, these cuts will be devastating to both industries.

“As long as Louisiana and New Mexico and Georgia keep pouring money into the film industry it will hurt us if we don’t have budgets that can compete,” she says.

Jennifer Bullard says this is a step backward for one of the fastest growing industries in the state.

“Everyone is disappointed quite frankly, very upset and discouraged,” Bullard says. “This was an incentive program that showed that Texas cared about game development and this just sends a really clear message that they don’t care about game developers.”

For now, video games and the film industry will share a much diminished incentive program and a sense of disappointment.