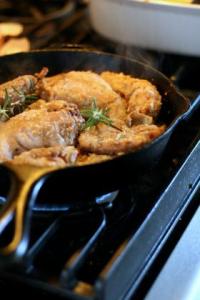 Get the full story at KUT.org

Whole Foods has come under fire for launching a pilot program to sell rabbit meat in some of its stores.

But regardless, some animal rights activists are hopping mad.

A change.org petition asking Whole Foods to suspend its sale of bunny meat has garnered more than 13,000 signatures. A group calling itself the House Rabbit Society staged demonstrations at 44 Whole Foods Markets across the country. And PETA has announced it’s joining the movement.

Texas Standard host David Brown and producer Brenda Salinas talk about the controversy. Is rabbit meat part of the Paleo lifestyle? With its revolutionary-era roots, isn’t rabbit meat as American as apple pie? And aren’t bunnies, by definition, a sustainable resource?