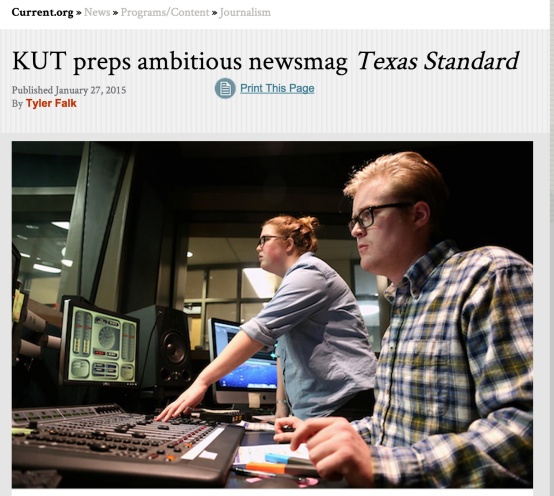 It’s awesome to be the cover story in the latest issue of Current magazine.

‘“We see Texas Standard as a collaboration among stations within Texas, as a Texas platform for stories that are coming out of communities all over Texas but have impact on residents beyond the community in which the story is taking place,” said Stewart Vanderwilt, KUT g.m. “It’ll serve that role for our state similar to how Morning Edition serves that role for the country.”’