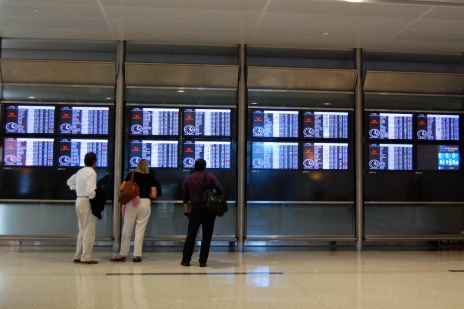 It may be a while before any commercial flights leave for Havana, but the Houston Airport says it’s already discussing how to get customers to Cuba with at least three carriers. Joe Martin writes for the Houston Business Journal.

“United, which has its largest hub here in the United States, they said I think back in January that they were interested in having a Cuba flight, so you would assume, but that’s pure speculation,” Martin says.

These talks between airlines and airports are just the beginning of a long process. Houston will have to work with the Cuban government to make sure that country’s airports are prepared for U.S. flight carriers.

But Martin says customers won’t have to wait much longer.

“They expect to make a trip sometime this year to Cuba just to discuss logistics and to make sure the Cuban airport, you think Havana when I say that, are ready to accept American passengers, and have the ability to do so from a security standpoint, from a logistic standpoint, just to make sure all is kosher on both sides,” Martin says.

And once that happens, travel agents like Michelle Weller, are set to make a lot of money.

“Having a nonstop flight going straight into a Caribbean destination is going to be so excellent, not only for people from Houston, but also kind of from all over Texas,” Weller says. “If you can drive into Houston and then jump on a plane and go nonstop to Cuba I think you’d see A LOT of traffic.”

AirBnB found that nearly a third of Americans would be interested in visiting Cuba. Among Latino Americans, it’s closer to half, and that leaves a lot of monetary incentives for airlines to get on board.